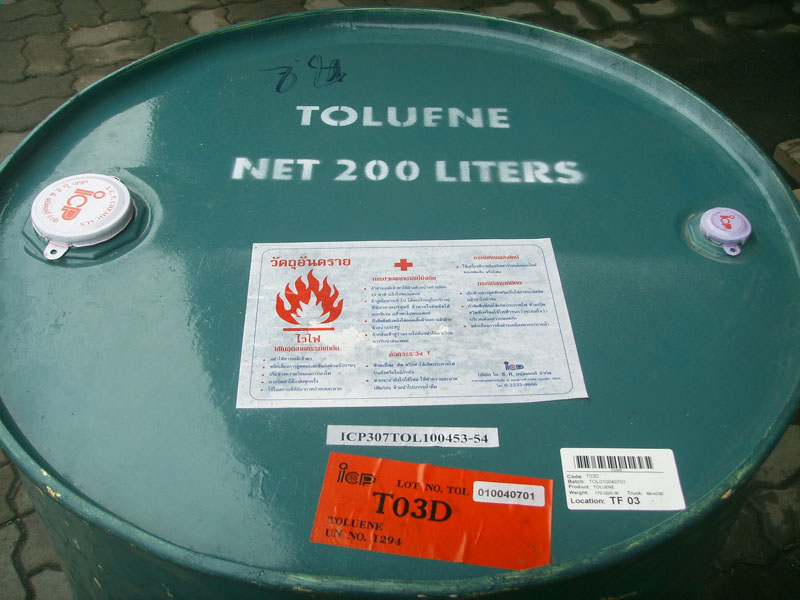 In stock
Reconfirm the price with seller
Seller
Icp Chemicals Co.,Ltd.
Thailand, Bang Rak
(View map)
+66(
Display phones
Call
Products of other enterprises
Description
It is an aromatic hydrocarbon that is widely used as an industrial feedstock and as a solvent. Like other solvents, toluene is sometimes also used as an inhalant drug for its intoxicating properties; however, inhaling toluene has potential to cause severe neurological harm. Toluene is an important organic solvent, but is also capable of dissolving a number of notable inorganic chemicals such as sulfur.
Contact the seller
Toluene

We recommend to see
Acetone
Solvents
Toluene
Butyl acetate
Send inquiry
Buy
Contact supplier
Your question has been sent successfully
Consultants of the shop typically answer questions during the day.